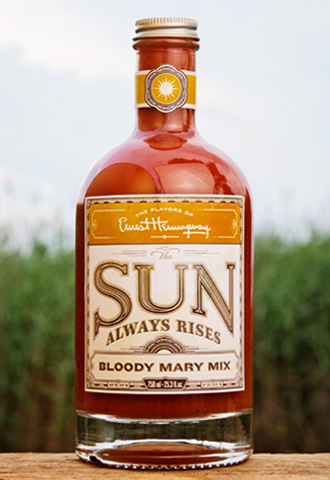 Hemingway moved to Paris with his first wife Hadley in 1921, during which time they became acquainted with other ex-patriots living in the city, including figures such as Gertrude Stein, James Joyce and Ezra Pound (The famous "Lost Generation"). The couple left Paris in 1923 for the birth of their first child, Jack, but returned the following year. While living in The City of Light Hemingway wrote works such as The Sun Also Rises and Men Without Women.

This bloody mary mix is based on Hemingway's times with writers and artists at Harry's Bar in Paris where the original recipe for the bloody mary was concocted. We have taken that original recipe and given it a twist, adding more flavor, olive juice and a dollop of Dijon mustard, to create its distinctive flavor.