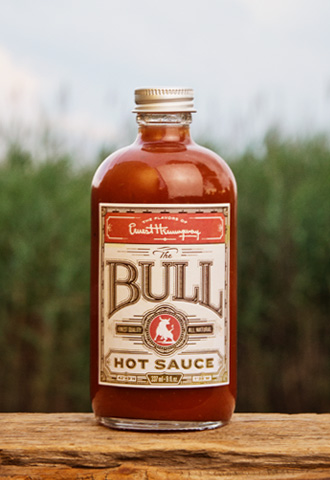 Hemingway became enamored with Spanish bullfighting after seeing the Pamplona fiesta in 1925, which he wrote about in The Sun Also Rises. A few years later, in the summer of 1929, he traveled to Spain again in research of Death in the Afternoon, which was a much more detailed exploration into the tradition and ceremony of Spanish bullfighting.

This recipe includes an infusion of smoked Spanish paprika.